All Collections
Mobile Report Writing with the Spectora App
What causes mobile app slowness and crashes?

Slow app? Getting mobile device crashes? White screens? Here are a few things to look into.

Written by Michael Wagstaff
Updated over a week ago

Mobile app lag and crashes are frustrating!  However, most are caused by a few simple things.

First, know that we've coded our app so that every single tap is saving data to the device, which means you're not losing data when the app crashes.  Phew!

I've spent some time diving into our error logs to determine the causes of some of these crashes - and it turns out most are caused by memory issues.

Your device has something called memory or RAM.  Memory is the amount of data the device can handle at one time.  Not to be confused with storage, which is often in the hundreds of gigabytes (256gb), memory is usually a single-digit number of gigabytes (3gb, 4gb) for modern devices.

Most app crashes are "Out of Memory" errors! 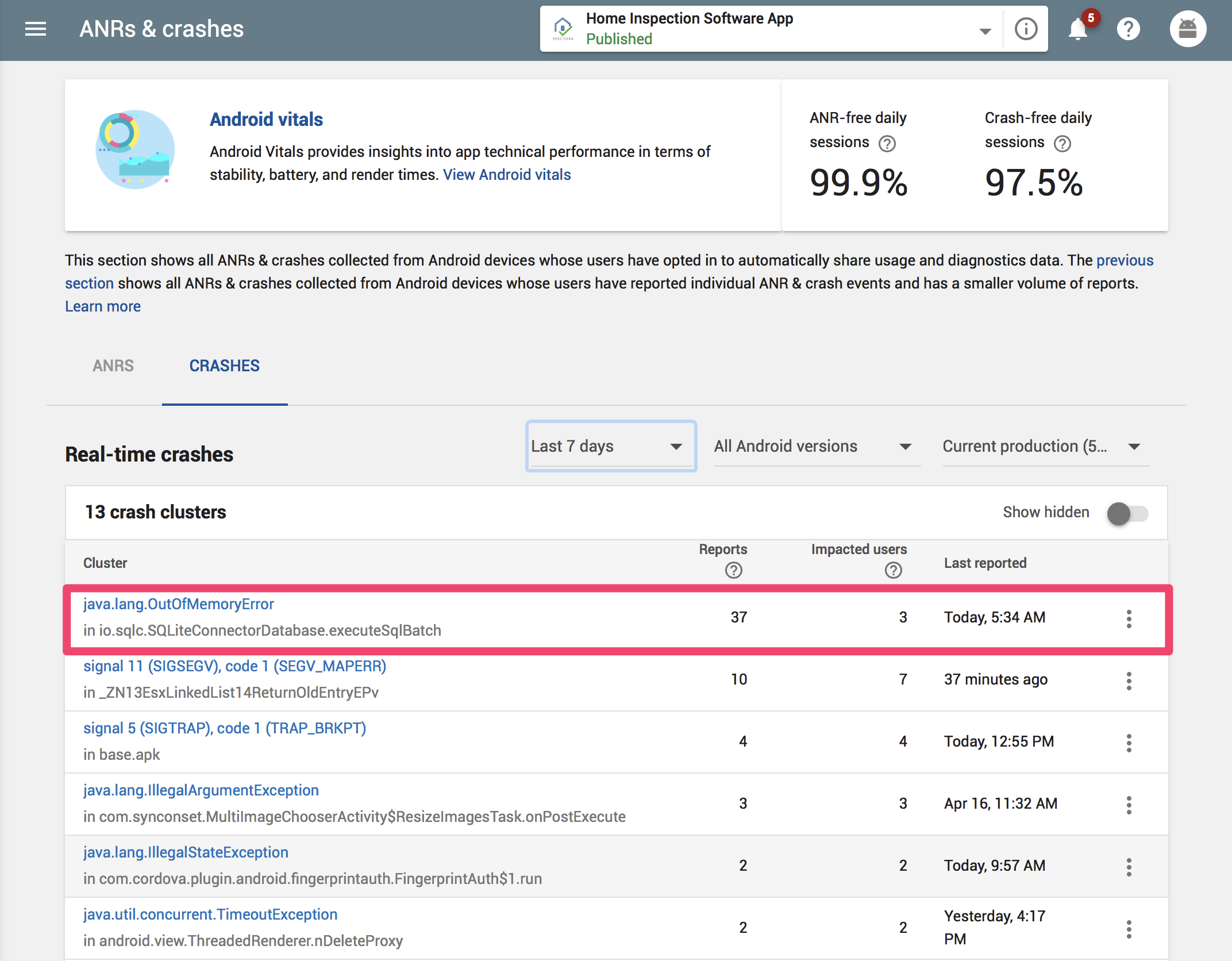 To avoid these, here's what you can do:

Any time you log into the mobile app, we pull in all the templates available on your account so they're ready to use if needed.  If you have a lot of templates and not much device memory, this often leads to lag or crashes when the mobile app tries to parse all your template data.

Delete unused templates from you account if you don't use them at all.

Similarly, keeping dozens of inspections on your mobile device eats up memory.  We recommend keeping inspections around at least a week just-in-case.  However, as the number of inspections gets larger it's just more data for the app to sort through on every single action.  Clear them out!

In the mobile app Settings you'll find a button called "Reset App Memory".  It's a good practice to do this every week or two to keep the database clean and the app flying!

If your app is slow or crashing when trying to add photos from the device gallery/library, it might be time to clear it out.  We're heard numerous reports that as the library grows to thousands of photos, the Add From Gallery feature takes longer and longer to load up, sometimes resulting in crashes. Also ensure your "Recently Deleted" folder is cleared out!

The photo plug in within the Spectora App is going to try to see all the thumbnails within your Photo Gallery, so if you have more than 2,000 photo, you're probably getting crashes and overloading it while taking a picture. Backup your photos and clear out that photo gallery to see improvements!

That's it!  Understand that crashes happen on all apps, especially ones that deal with large data sets.  Often there is very little we can do about it on our end, since the app is installed and running on your device and independent of our servers.  In our experience, all crashes are a result of one of the above.  Check each one out and you'll be well on your way to crash-free usage!

Did this answer your question?